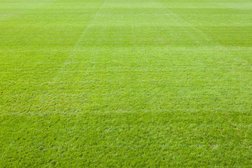 Impressive form could be a hint of what lies ahead next season!

HOLWELL finished their league campaign on Saturday with their seventh win in 10 matches. This impressive form could be a hint of what lies ahead next season if the current squad stays together.

HOLWELL finished their league campaign on Saturday with their seventh win in 10 matches.

The impressive form could be a hint of what lies ahead next season if the current squad stays together and a couple of experienced players are added to the arsenal. The run helped Holwell amass their highest points tally since Simon Daws was last in charge at Welby Road three seasons ago.

The match was played in atrocious weather, wind interspersed with torrential rainstorms. Ellistown started well when a corner fell to Sansome whose shot hit the angle of post and bar to Holwell’s relief.

But Holwell almost broke the deadlock after a good move involving Ben Smedley and deservedly went ahead after 20 minutes when Michael Stevenson’s free kick from the left saw Jay Kirkby rise easily to head home.

Ellistown fought back and forced the pace down the left through Benson, but Holwell continued to look comfortable in the strong wind. Dominic Hallows came close to increasing the score five minutes before half-time but his shot grazed the crossbar on its way over.

But minute before the break, Benson was again allowed to break in from the left and his powerful shot struck the post. Smith headed the rebound onto the bar, but as all around floundered he was quickest to react again to head Ellistown level.

The second half started with rain of biblical proportions, and before anyone could settle, Stevenson had put the visitors back in front within two minutes after a slick move.

Ellistown again went on the offensive and claimed a second equaliser on 49 minutes when Smith took the ball inside the box, beat two defenders and fired past a static Cragg into the bottom left corner.

Ellistown were not relishing the conditions and some shocking tackles brought several bookings including Benson’s dismissal for a second yellow card. Home players and coaches seemed to lose their heads and the mood of the game changed into a bad-tempered finale to the season.

Stan Wallis saved Holwell on the hour with a goal-line clearance as the visitors looked to hit Ellistown on the break.

And on the hour Stevenson sent another inch-perfect pass for Kirkby to finish and restore Holwell’s lead.

Holwell never looked in danger of a third equaliser as Ellistown ran out of ideas and discipline.